Nootropics, the quest for Mental Power 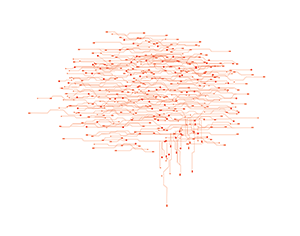 Nootropics, the quest for mental power.  Think enhanced focus and cognitive power without the jitters.  Nootropics are compounds that can augment the positive aspects of cognitive  function with negligible side effects.1 In essence, anything that is neuro-enhancing  Generally, nootropics are meant to be used in people with no pathology or disease, i.e. healthy people.  Of course, that opens the debate around what a healthy person looks like. Even the WHO defines health as more than just the absence of disease.

The use of compounds (natural or otherwise) to enhance brain performance has been around for centuries. Thirty years ago (dare I say it) in my very conservative South African medical school, it was common to use caffeine pills when studying, especially when pulling an all-nighter and then taking a low dose beta-blocker (a drug to regulate blood pressure and heart irregularities) just before an exam to calm nerves while not affecting brain power.

The use of plants such as Ginkgo biloba, Bacopa monnieri 2 and fungi such as Cordyceps 3 have a long history of traditional use, enhancing brain function.

There is debate in the medical community regarding the popularity of self-experimentation, human enhancement 4 and the quest for mental power.  Of particular concern is the use of unapproved drugs in nootropic supplements, 5 especially where these compounds were not listed on the supplement labels.  Headlines  warned of “serious risk.”

Paradoxically, there is little debate about using caffeine for neuro-enhancement and it is freely available, yet in some users the side-effects may be significant. 6  There is no avoiding the personal responsibility for critical thought.

It has not taken long for “bio-hackers” and students to figure out which pharmaceuticals work (amphetamines and racetams) and which don’t (anti-depressants, anti-epileptics) for cognitive enhancement.  No longer is physical prowess viewed as ultimately beneficial, it is now the brain that shines.  Many want more.

So how does one wade through the morass of promises of mental powers made by potentially unethical supplement companies through to pharmaceutically-backed academic institutions protecting their patch?

In my opinion, you cannot put the genie back in the bottle.  My approach to nootropic supplementation is:  start with naturally occurring compounds and consider harm vs. effect.

Humans have evolved along with plants and the insects that live on them, and we share similar molecular signaling pathways. 6  From an evolutionary point of view, it is likely that we need plants and plants need us.  I defer to Michael Pollan on this point. This is not to say that a plant-based compound will have no side-effects, but let’s start there.

When looking for nootropic supplements, or any supplement for that matter, ask the company for evidence of its testing of the raw ingredients and any excipients or additives that may be present.  If they cannot provide that, be skeptical of the claims. The same goes for possible side-effects and for evidence backing up statements of neuro-enhancement.  There is no question that the best ingredients in a nootropic formulation cost suppliers a lot more, so cheaper is unlikely to be better.

In summary: Nootropics in the quest for Mental Power

As stated, the genie is out of the bottle, access to information is almost unlimited and consumers need to be skeptical.  Influencers hold more power than academics and maybe deservedly so.  The arrival of COVID-19 has either enhanced this quest for information and self-determinism or dampened it down, depending on the individual.

The cost of continuous cognitive enhancement is not known and “anything that alters a specific area of cognition may lead to broader, long lasting changes in cognition and brain physiology.” 7

We live in an instant gratification world; let this not be our undoing.  None of us are going to make it out alive but we can choose a healthy lifespan.  It is upon us to remember that the most likely beneficial neuro-enhancers are a physically capable body, human connection and connecting with nature.  Maybe then, the potential harms of nootropics in the quest for mental power are well out-weighed by their benefits.

This blog is for general informational purposes only and does not constitute the practice of medicine, nursing or other professional health care services, including the giving of medical advice, and no doctor/patient relationship is formed. The use of information on this blog or materials linked from this blog is at the user’s own risk. The content of this blog is not intended to be a substitute for professional medical advice, diagnosis, or treatment. Users should not disregard, or delay in obtaining, medical advice for any medical condition they may have, and should seek the assistance of their health care professionals for any such conditions.